No, this isn’t a scene from a movie. It’s a photo of a man walking through a street in Syria – which has been ripped apart by the conflict for far too long. May the tyranny end soon. Keep the people of Syria in your prayers. 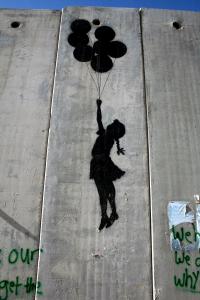 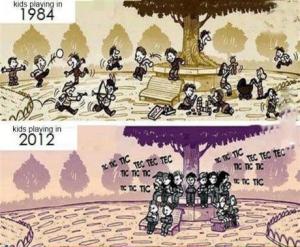 It’s said that a picture says a thousand words, so this new series focuses on portraying messages via imagery – whether those be cartoons, photos, or other types of visuals. Text may be included, but the visual is the primary focus.

Part 1: Context is everything

“Telling half the story is just as bad as not telling it at all. To suggest that the Israeli attacks were due to the rockets fired by Hamas is a blatant lie. And if so, did anyone in the British media establishment care ask why Hamas fired the rockets in the first place? Does it matter at all that the Palestinians are a nation under Israeli occupation, and Gaza has been under siege for 4 years? Context is everything.” – Anas Altikriti

Advice Are you pondering what I'm pondering? A thousand words Back in time BehindTheBook But seriously... Can I kick it? Events Food for thought Frozen in time Guest posts Hajj-related Hajj Chronicles Hajj preparation Information Inspiration Know your Lord let it flow Life Lessons Life stories Marriage Milestones Mysteries Playtime Poetic Meanderings Quotes Ramadaan RamadaanEarlyBird Ramadan preparation Something to see Spiritual thoughts The other side of the world The words of others Uncategorized Up in the sky What's going on