See that mouse? He looks cute, doesn’t he? All innocent – with his little whiskers and tiny eyes. And do you know *why* he’s cute? Because he’s not real.

A real mouse isn’t something to gush over. Especially when it’s in your house. END_OF_DOCUMENT_TOKEN_TO_BE_REPLACED

I was a latecomer to Islam. No – I didn’t convert into the religion. I was born a Muslim, but for most of my life growing up, I wasn’t really one – not the way I should have been, at least. I lacked the proper understanding, knowledge, and, most of all, commitment to the religion. As a result, much of my life was spent without real attachment to Islam – confined to merely ritualistic acts of worship I was expected to do, and not much interest beyond that. END_OF_DOCUMENT_TOKEN_TO_BE_REPLACED

My instinct – borne out of years of hiding from my older brother when we’d fight – was to duck down between the front passenger seat and my own seat. Having been one of the smallest in my class for most of my life, I’m grateful that I was still small enough to fit in that little space. I didn’t know if that position was going to save me from what might follow. I didn’t think at all. It just kicked in – that reaction. I curled up to hide. END_OF_DOCUMENT_TOKEN_TO_BE_REPLACED

Adapted from a journal entry – prompted by nostalgia. It’s Thursday night, and I’m in the library on campus. It’s highly unusual – being here at this time of the day. But there’s a good reason: I’m waiting for my … END_OF_DOCUMENT_TOKEN_TO_BE_REPLACED

Looking back on a teenage holiday to London, without any adults on board. END_OF_DOCUMENT_TOKEN_TO_BE_REPLACED

See this mouse? Cute, isn’t he? Looking all innocent – with his little whiskers and tiny eyes. And do you know why he’s cute? Because he’s not real. A real mouse isn’t something to gush over. Especially when it’s in your house. … END_OF_DOCUMENT_TOKEN_TO_BE_REPLACED

Warm days, spent playing in the garden.
Oblivious to time,
Free of all responsibilities. 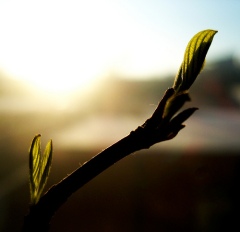 First life
I was a latecomer to Islam. No – I didn’t convert into the religion. I was born a Muslim, but for most of my life growing up, I wasn’t really one – not the way I should have been, at least. I lacked the proper understanding, knowledge, and, most of all, commitment to the religion. As a result, much of my life was spent without real attachment to Islam – confined to merely ritualistic acts of worship I was expected to do, and not much interest beyond that.

As a child, I learnt Islam’s basics in madrassah, and my family acted as a good moral compass in guiding me through the racially and culturally diverse society that was South Africa in the 1980s and 1990s. I had plenty of exposure to other religions – Hindu family friends, where I’d see their prayer lamps and idols; a Christian junior school, where every morning’s assembly included the Lord’s prayer; and my Jewish high school, where Jewish Studies was a compulsory subject for a couple of years.

I always had a conscience about Islam, and what my Creator expected of me as a Muslim. But without practical action, conscience can’t lead you very far. In school holidays, for Friday prayers, and on other religious occasions, I’d attend Islamic religious services, and hear the religious advice given by the imams and moulanas. I’d sometimes be inspired to want to be a better Muslim, but the feeling would fade a few hours later, and I’d continue as normal – not really thinking about my purpose in life or how I could be better to my fellow human beings.

Turnaround
That changed ten years ago, when I reached a turning point – a ‘spiritual awakening’ that changed my entire focus and orientation in life. Such events are common in any religion – not just Islam. Anything could act as a catalyst – from a near death experience, loss of a loved one, a period of desperation, or any other event. Different people have different experiences, yet all end with the same result: a movement from a state of heedlessness to one of consciousness.

Over time, I came to learn more about Islam, and firmly believe in its truth – understanding the wisdom behind its acts of worship and social values, and its timeless message of pure monotheism, which was the message of every prophet, including Abraham, Moses, Jesus, and Muhammad (peace be upon them all). I came to understand how, as a comprehensive belief system, it links an individual to their Creator, without any intermediaries; guiding them to live in the way that would bring true happiness, inner peace, and success – both in life and in the realm beyond death.

Journey of a lifetime
A few weeks ago, I was honoured to perform the Islamic pilgrimage to Makkah – the Hajj. As far as mandatory religious activities go, it’s one of the most important acts in Islam. It’s a journey that re-enacts the life of Prophet Abraham and his family, and draws millions each year – promising great reward from the Creator; and immense liberation, such that the pilgrim returns from the journey completely forgiven from every sin – spiritually, like a newborn baby.

It’s a journey of sacrifice, self-purification, and great humility. Pilgrims leave their families and comfortable homes to go all the way to the Holy Land, spending days and nights in a simple, unflattering tent – where the only physical comforts are a mattress, blanket, and pillow. They leave behind the ease of cars for a journey involving walking for miles and miles on dirty, congested roads, in huge crowds that they’d normally run away from. They shed the adornments of plush clothing to wear nothing but two white, unstitched pieces of cloth – wherein they’ll look exactly like everyone else, with nothing to distinguish between a king and a beggar. They go out to a flat, empty plain – in the middle of a desert – to stand in the scorching sun for a few hours, reciting a few words, pleading with their Creator, and crying their hearts out. And they walk around an ancient building, the first house of worship dedicated to the Creator, praising Him and supplicating for all that they desire.

Second chance
The experiences and lessons of Hajj are numerous, but for me, the most important result was the liberation I spoke of earlier – a second chance at life. A person who survives a near-fatal accident may relate, as could a reformed convict who leaves prison as a ‘new’ person.

After repentance on Hajj, the feeling of being completely forgiven – for every single sin you’ve ever committed – is truly amazing, and beyond words. It’s like a lightness of the soul – like there’s no longer this burden on your shoulders, and you literally feel pure and clean. Your mind feels more free, your spirit feels light, and you feel so much closer to your Creator. It’s really the most awesome feeling imaginable.

And it’s also empowering, because you now have this ‘clean slate’ – this second chance to start your life again, from a state of purity. And with that feeling, you’re more sensitive to every wrong you do. You can recognize it more easily, and you feel the need to repent or make up for it immediately – because now that you’re ‘clean’, you want to stay that way, and never let any spiritual ‘dirt’ pollute your heart again.

Naturally, it isn’t possible to remain on such a high for a sustained period. And in the few weeks since Hajj, such feelings of spiritual euphoria have decreased. But the effects of those feelings, and that experience, remain with me, and have hopefully benefitted me as I returned to my normal environment and responsibilities.

In Muslim circles, it’s a common cliché to say that Hajj really begins once you get home – meaning that Hajj itself is not the main challenge. The main challenge is what becomes your life’s mission after Hajj: to ‘live’ that Hajj by taking forward what you’ve learnt, and being that better person you were inspired to be.

I thank you for allowing me to share this account with you, and I hope that – regardless of your religious persuasion or belief system – you can take some benefit from these words, and that you yourself will have an experience of such magnitude in your life, if you haven’t already.

Note: This piece is a deviation from the current Hajj Chronicles series (part 2 of which is due this weekend insha-Allah). This one is a separate article, written for a non-muslim audience, which I hope to publish elsewhere at the appropriate time. As always, comments are welcome.

Death always reminds one of reality. But it's so difficult to hold on to the feeling. So difficult to remember, even though we know how important it is. This remembrance isn't an encouragement of morbidity, but rather a reminder to do the best we can while we still breathe, because our end could come at any moment.
Follow slip-sliding away….. on WordPress.com

Advice Are you pondering what I'm pondering? A thousand words Back in time BehindTheBook But seriously... Can I kick it? Corona Times Events Food for thought Freelance Frozen in time Guest posts Hajj-related Hajj Chronicles Hajj preparation Information Inspiration Know your Lord let it flow Life Lessons Life stories Marriage Milestones Mysteries Playtime Poetic Meanderings Purification Quotes Ramadaan RamadaanEarlyBird Ramadan preparation Reflections Something to see Spiritual thoughts Submissions The other side of the world The words of others Uncategorized Up in the sky What's going on Your thoughts